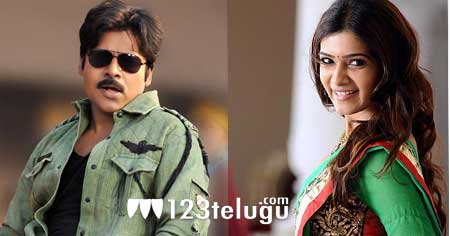 Samantha’s dream run at box office doesn’t seem to end anytime soon. She’s already working with some of the top directors in Telugu and Tamil, apart from acting with quite a few stars. The latest buzz in Filmnagar is that she’s going to team up with Pawan Kalyan in Trivikram Srinivas’ upcoming film. In the past, Ileana was said to be under consideration for this film; however, it’s almost confirmed now that Samantha will play the lead role in the film. A formal announcement is expected to be made soon. Pawan Kalyan and Trivikram Srinivas had teamed up for hugely successful Jalsa few years ago. There are lot of expectations for their latest film and Trivikram Srinivas revealed that the film is going to revolve around human values. BVSN Prasad is going to produce the film and this untitled film might go on floors in November this year. Devi Sri Prasad is going to score the music.