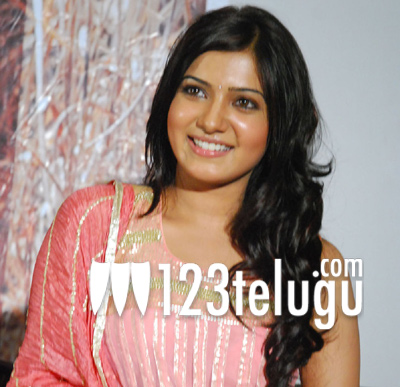 Ever since Naan Ee turned out to be a blockbuster in Tamil Nadu, all eyes are on Samantha, who played the lead role in the film. The latest buzz is that Lingusamy has approached her for his upcoming film with Surya. Samantha hasn’t signed the film yet; however, rumours are abuzz that it’s an offer which she can’t refuse. Suriya is one of the most popular actors in South today and Lingusamy recently scored a hit with Vettai. Naturally, a film in their combination makes it red hot in the market. An official announcement is expected to be made shortly.

Although Samantha is among the top three actresses in Telugu, she couldn’t score a hit in Tamil until Naan Ee happened. Besides, her next Tamil film Neethane En Ponvasantha, which is being directed by Gautham Menon, has become one of the most eagerly awaited films of the year. These two factors seem to be working wonders for Samantha’s career in Tamil cinema, who was in news earlier this year for all the wrong reasons. She had opted out of Mani Rathnam’s Kadal and Shankar’s I; however, that hasn’t stopped several other leading filmmakers from evincing their interest to rope her for their big budget films. Recently, AL Vijay had approached her for his next film with Vijay and now Lingusamy is reportedly in talks with her. Apart from these projects, she has to shoot for Vamshi Paidipally’s Yevadu as well, apart from Nandini Reddy’s untitled film.