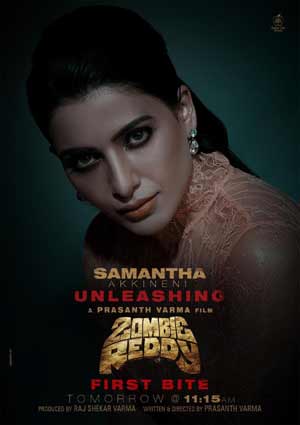 Young actors Teja Sajja and Aanandhi are currently acting in Awe and Kalki director Prasanth Varma’s zombie thriller, Zombie Reddy. The film is touted as the first zombie thriller in Telugu and there is a decent buzz around it.

Star heroine Samantha will be unveiling Zombie Reddy’s ‘first bite’ tomorrow at 11:15 am. The first bite is expected to be a teaser. Zombie Reddy’s shooting has been wrapped up already and the post-production work is underway at the moment. The film is slated for release soon.