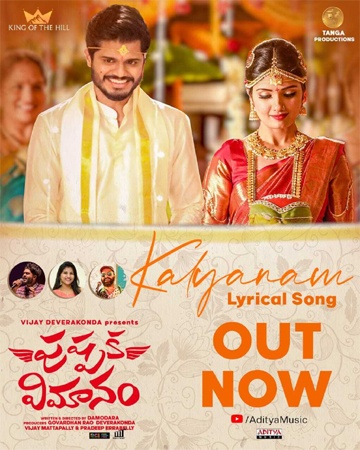 Kalyanam song is a traditional number set in the wedding of the film’s lead characters, Sundar and Meenakshi, played by Anand and Geet. The song has been composed by Ram Miriyala and sung by the singing sensation Sid Sriram. Kasarla Shyam has penned the lyrics that beautifully explain the significance of wedding and the rituals.

Vijay Deverakonda is presenting Pushpaka Vimaanam under his King of the Hill banner. Vijay and Anand’s father Govardhana Rao Deverakonda, Vijay Mattapally and Pradeep Errabelli are jointly bankrolling the project.