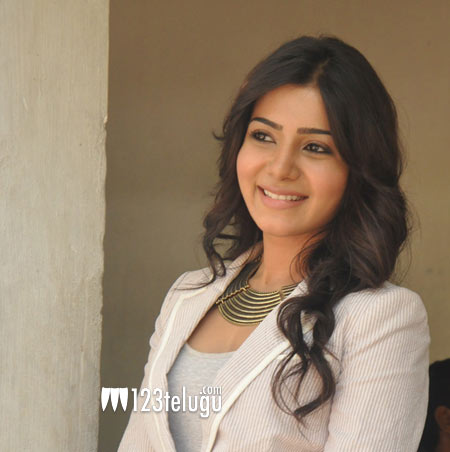 ANR, Nagarjuna and Naga Chaitanya starter Manam is in the final stages of shooting. Vikram Kumar is directing the film and it is being produced under Annapurna Productions banner. Shriya and Samantha are also playing the lead roles in the film.

It’s the final day of shooting for Samantha and she became quite emotional as she wrapped up shooting her part in the film. “Last day on the sets of manam.. Lots of laughs, lots of mischief and lots of good work. Gonna miss the team,” she posted on Twitter. Although details about the film haven’t been revealed yet, it’s said to be a feel good film and the entire team is confident about the film’s success.

Anup Rubens has scored the music. It’s the last film the late ANR had acted in before he passed away in January. The film is expected to release in the last week of March.