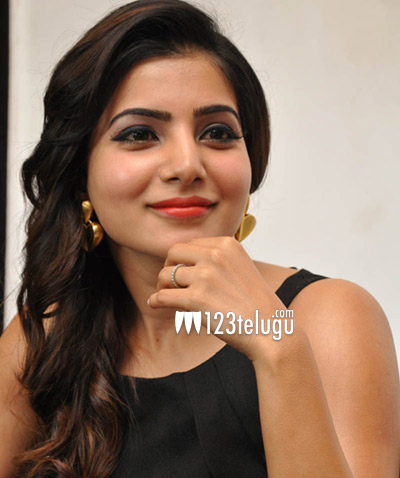 For the past few months, actress Samantha has been raving about one particular film on numerous occasions. The film in discussion is the Vikram starrer 10 Enradhukulla. As per the latest buzz, 10 Enradhukulla will be releasing on 2nd October on the eve of Gandhi Jayanthi. Going by the craze for both Samantha and Vikram in the Telugu states, the film’s Telugu dubbed version is expected to release on the same date.

Ever since she signed the film, Samantha kept on saying that 10 Enradhukulla will be one of the finest films in her career. The actress said that 10 Enradhukulla challenged her as an actress and that she strived quite hard in tough shooting conditions to give her best.

Produced by AR Murugadoss, this high budget film is directed by cinematographer turned director Vijay Milton. The makers are currently busy with the film’s post-production work.