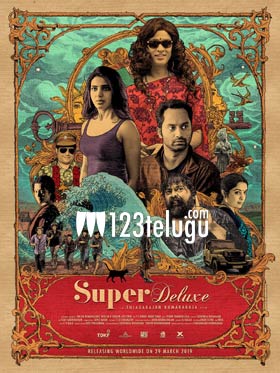 It is going to be a busy summer for Samantha. The actress is awaiting the release of Majili, which will be her first film with Naga Chaitanya post their wedding in 2017. While the film is slated for release on April 5, fans of Samantha have more reasons to be excited about her work.

The latest news is that Super Deluxe, one of the most talked about films in recent times, is finally going to release on March 29. The film has been under production for quite sometime, and Samantha is said to have played one of the most challenging roles of her career in this film. Vijay Sethupathi and Fahadh Faasil are also playing lead roles in this film.

Kumaraja Thyagarajan, who made Aranya Kaandam few years ago, has directed this film and Sashi is going to distribute this film under YNot X banner. Apart from these two films, Samantha also has O Baby, a remake of a Korean film Miss Granny, slated for release later this year.