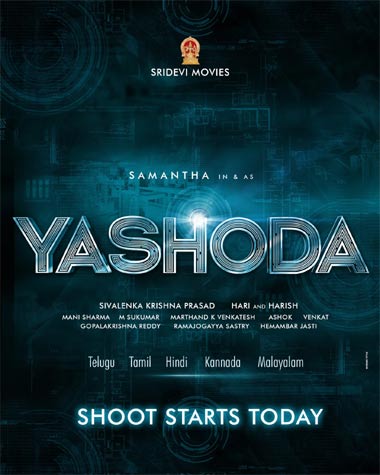 Samantha will be playing an author-backed role in Yashoda which is being directed by director duo Hari and Harish.

Yashoda is a thriller that has a new-age plot. The film will be released in a total of five Indian languages Telugu, Tamil, Kannada, Malayalam, and Hindi.