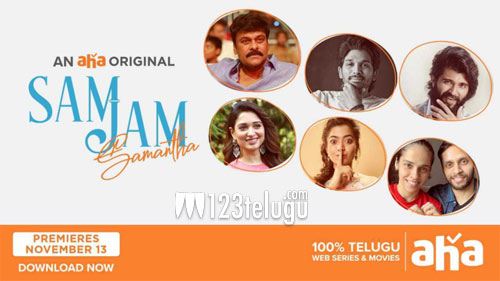 We were the first ones who revealed that Samantha is all set to do a talk show on the noted OTT platform AHA. The report is true and today, the makers confirmed the same.

The show has now been titled ‘Sam Jam’ and is a celebrity-based talk show Today, Allu Aravind and Samantha met the press and announced the same.

The show will feature some of the noted names and Samantha will get into the various facets of the lives of these celebs. The show will start on the 13th of November in a big way. Watch this space for more updates on this project.