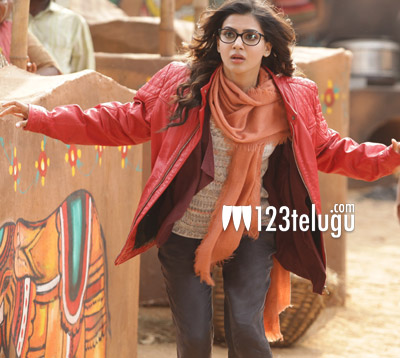 It is well known that gorgeous beauty, Samantha teamed up with Vikram for an upcoming Tamil thriller 10 Endrathukulla. The film is up for release on the 21st of this month, and according to the latest update, the makers have decided to release the Telugu version in November.

Title of the film and other details of the Telugu version are yet to be disclosed. Vijay Milton is the director for the film and AR Murugadoss has produced it. Charmme Kaur and Sampoornesh Babu will be seen in guest roles.