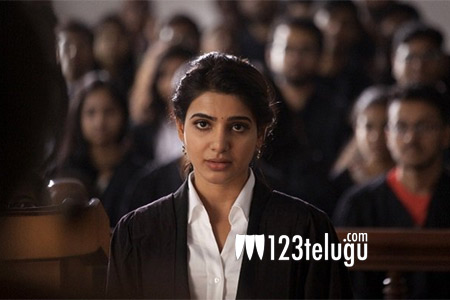 It is a known fact that Samantha is playing a crucial role in Raju Gari Gadhi2. The latest we hear is that she is playing a lawyer and all these scenes will be showcased to us during the flashback episodes in the film.

Samantha plays an evil spirit in the film and all her scenes with Nagarjuna are said to be quite interesting. The trailer has created a huge curiosity and the makers are also promoting this film on a huge level.

Ohmkar directs this film which is being produced by Matinee Entertainments, PVP Cinema, and Ohmakar Entertainments. Seerat Kapoor, Vennela Kishore, and Shakalaka Shankar play key roles in this film.