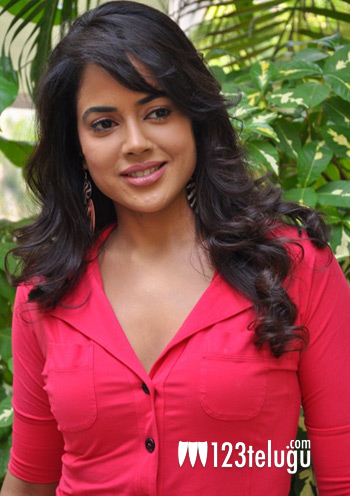 The shooting of Balakrishna’s latest film Legend is progressing at a brisk pace. Currently, the film unit is in Vizag for a long schedule and several crucial scenes are being shot on the lead cast. Balakrishna, Sonal Chauhan, Radhika Apte are playing the lead roles in the film and Kamal Kamaraju is also part of the cast.

The latest rumour surrounding the film is that Sameera Reddy might join the film’s team for a special song. In the past, she had danced for a special song in Rana, Nayanthara starrer Krishnam Vande Jagadgurum and now, she might groove for a peppy song in Legend; however, an official announcement is yet to be made.

Directed by Boyapati Sreenu, Legend is a powerful action drama and most part of the film is being shot in Hyderabad and Vizag. Gopichand, Ram Achanta and Anil Sunkara are producing the film under 14 Reels Entertainments banner. Devi Sri Prasad is scoring the music. The film is expected to release early next year.