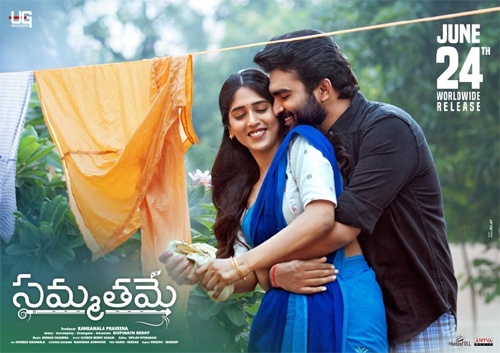 Young actor Kiran Abbavaram’s latest outing Sammathame is all set to make its digital debut. It is already known that the Gopinath Reddy directorial’s digital streaming rights sold to Aha for a solid price.

The Telugu-only OTT platform Aha has teased that the movie will be premiered on its platform very soon. The grapevine is that the film will be out to stream on Aha from July 22, 2022. An official announcement from the team is still awaited.

Sammathame has Chandini Chowdary as the love interest of Kiran Abbavaram in the movie. Produced by Kankanala Praveena under UG Productions, the movie, released on June 24, 2022, has received mixed reviews. Shekar Chandra composed music for this movie.