Sampoornesh Babu to entertain at Yerra Bassu audio
Published on Oct 31, 2014 8:28 am IST 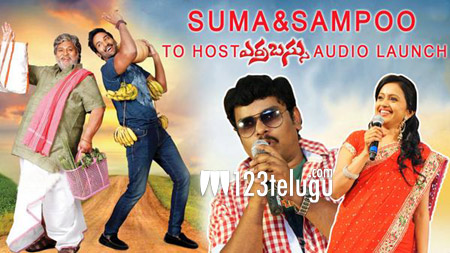 Burning Star Sampoornesh Babu is having a cult following among the masses and the success of his debut movie Hrudaya Kaleyam only corroborates the fact. His larger than life dialogues and crazy emotions have such a huge fan base even some big heroes can be envious about. According to the latest update, Sampoo is going to host the audio release function of Vishnu’s Yerra Bassu that is set to happen tonight.

Apart from Manchu fans, Sampoo’s fans are also said to be eagerly awaiting the audio release. They have also planned to flock the venue of audio function to catch a glimpse of their favorite star. Sampoornesh Babu is right now busy with his next movie Kobbari Matta where in he will be portraying three characters namely Pedarayudu, Paparayudu and Android.