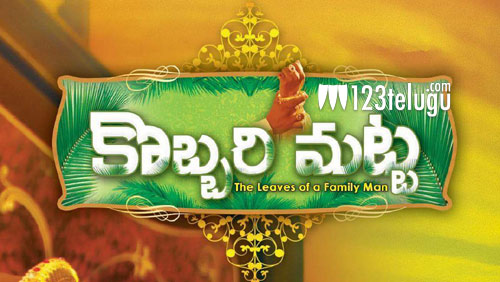 We all know that burning star, Sampoornesh Babu is doing a film called Kobbari Matta. The film has been in the making for the last one and half years but no progress was found from the makers of this film.

Today, Sampoo himself revealed that the film is finally ready and a release date will be announced soon. The reports reveal that Kobbari Matta will have double the fun than his debut film Hrudaya Kalayam.

Directed by Rupak Ronaldson, this film is a satirical comedy which will showcase Sampoo in a hilarious role.