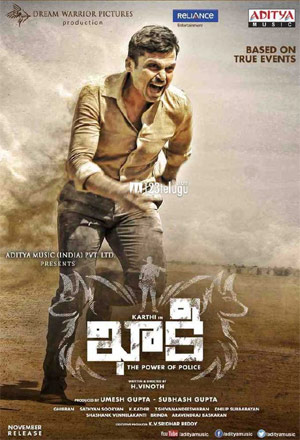 Khakee is one film which is being eagerly awaited all over. The racy cop drama has Karthi in a lead role and he has done the stunts in the movie all by himself.

The latest we hear is that there will be a sand sequence which comes at a crucial point and this will be the biggest highlight of the film. The report suggests that Karthi has done this stunt by himself where he goes completely under the sand to catch the thieves.

Rakul Preet plays Karthi’s love interest in the film which is directed by Vinoth. The film is up for a release this Friday.