Sandalle from Sreekaram is all heart and endearing
Published on Jan 7, 2021 7:22 pm IST 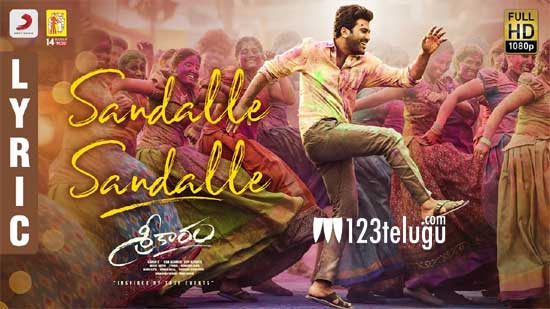 It is a known fact that Sharwanand is doing a film called Sreekaram which is a village drama. The filming is nearing its end soon and the songs released so far have worked quite well.

On the occasion of Sankranthi, the makers released a special song called Sandalle Sandalle composed by Mickey J Meyer. Right from the composition to the tune, this song hits you right away and so vibrant on the ears.

The visuals are also crazy and give us an idea that the film is going to be a cute family drama set up in a small village. Directed by Kishore, the film has Priyanka Arul Mohan of Gang Leader fame as the heroine. 14 Reels Plus banner is bankrolling this film.