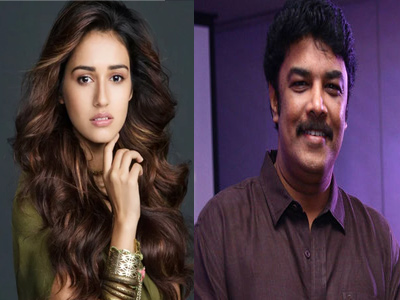 In 2017, when Sundar C announced that he’s going to make a period drama, Sangamithra, it created quite a lot of buzz in the industry. Soon, the makers roped in Arya, Jayam Ravi, and Shruti Haasan to play the lead roles, and they even launched the first look at Cannes Film Festival.

In the last few months, however, things didn’t quite go as planned. Shruti Haasan opted out of the film and eventually Disha Patani replaced her. The production was delayed by several months and in the meantime, Sundar C went on to direct another film. Besides, Disha Patani was also busy with the shoot of Baaghi 2 in the meantime.

The latest news is that the makers are planning to start the film’s shoot in July in Ramoji Film City, Hyderabad. The team is going to erect massive sets for the film on the scale of Baahubali and it is being touted as a Rs 400 crores project, which will release in two parts. Disha is said to have allotted bulk dates for the film since she’s going to play the title role and they are going to shoot elaborate war sequences. More details are awaited about this long delayed film.