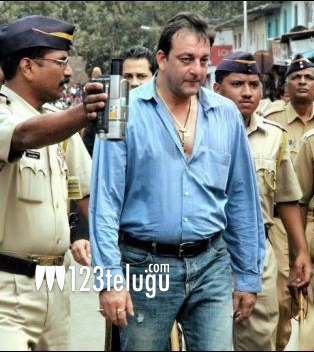 Bollywood actor Sanjay Dutt received a jolt today when the Supreme Court upheld his conviction in the 1993 weapons possession case. He was granted minor relief as his sentence has been reduced from 6 years to 5 years. Dutt spent 18 months in Jail and is now out on bail, so he will need to serve the rest of the jail term. The bollywood actor has been given 4 weeks to surrender in jail.

The move sent shockwaves in the Bollywood industry as a host of high profile projects involving Sanjay Dutt are under production. Ram Charan’s ‘Zanjeer’ should not have too many problems since work is nearly complete. As the actor has 4 weeks to set things in order, the production unit will have some breathing space.

It is not clear at this point of time if Sanjay Dutt has any legal means of appealing against the decision.