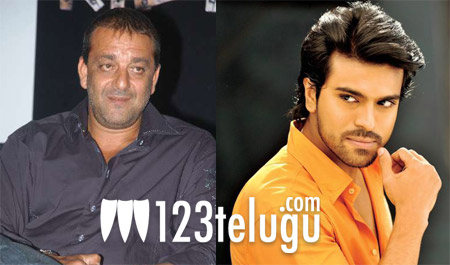 Mega Power Star Ram Charan Tej will soon begin work on his Bollywood debut flick ‘Zanjeer’. The movie is a remake of Superstar Amitabh Bachchan’s iconic blockbuster with the same name. Reliable sources say that Bollywood star Sanjay Dutt has been roped in to play the role of the Pathan in this film. This character is vital to the film and the Pathan will become the hero’s ally in the movie after initially being an enemy.

Apoorva Lakhia is directing this movie and shooting will begin from April 20th. Amit Mehra is producing the movie in collaboration with Reliance Entertainments and Eros Entertainments. This film will be a bilingual and will be released simultaneously in Telugu and Hindi.