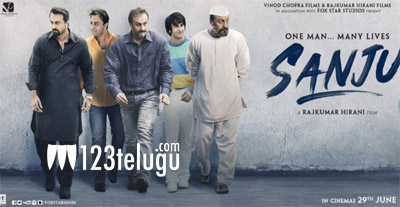 This was clearly expected even before the film released. Rajkumar Hirani’s Sanju is doing mind-blowing business at the box office and what’s more interesting is that the second day business of the film is more than the first.

The latest we hear is that the film has made 38.6 crores on day two and took its grand total to 73 crores to date. With this speed, the film will surely cross the 100 crore mark today.

But the real test will start from Monday onwards when the weekdays start. Ranbir Kapoor’s performance in the film is being applauded all over the world and he is the mainstay to pull the crowds to the theaters.