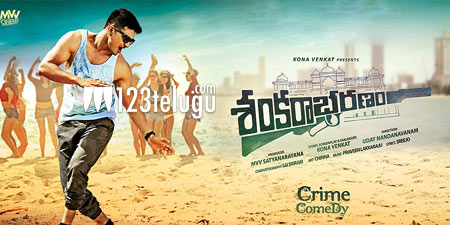 Of late, Telugu films are crossing borders and are getting a wide release and huge appreciation in Kerala. Already, films like Baahubali, Srimanthudu and Rudhramadevi have made a lasting impression on the Malayali film lovers.

Now, one of the most talk about films of this season, Nikhil’s Sankarabharanam, will be releasing in Kerala in close to 30 theaters. Popular Kerala distributors Noble Andre Productions grabbed the Kerala rights for the film.

Sankarabharanam is fast finishing its post-production formalities and is gearing up for a grand release in the third week of November. Naditha Raj is the film’s heroine and Anjali will be seen in an important role. Debutant Uday Nandanavanam is the film’s director.