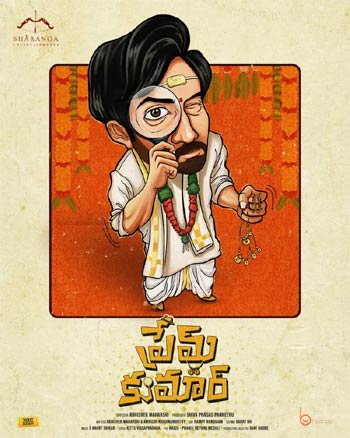 Santosh Shoban proved himself as an actor with the film Ek Mini Katha. Post the success of that film, he has been offered multiple films back to back.

Next in line is a film called Prem Kumar. The first look is out and it showcases Santosh as a frustrated groom. The film is done with 90% of its shoot and will release once the theatres re-open.

The film deals with a guy who is facing marriage issues in life. The film is bankrolled by Panneeru Shiva Prasad under Sharanga Entertainments. More details will be out soon.