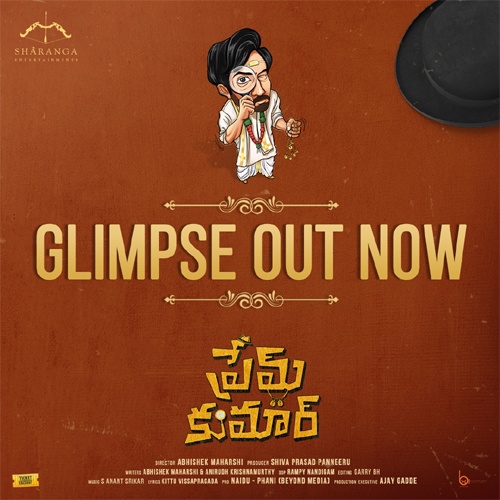 Young hero Santosh Shoban is busy with back-to-back movies. Prem Kumar is one of the youthful entertainers in his line-up. The film’s glimpse video has been released this morning and it introduces the crazy world the film is set in and its lead characters.

Going by the glimpse, Prem Kumar is about the romantic trysts of its protagonist Prem Kumar, played by Santosh Shoban. The hilarious events that lead to Prem Kumar’s wedding offer a promising treat. Young beauty Rashi Singh is making her Tollywood debut as the female lead with this film.

Prem Kumar is directed by debutant Abhishek Maharshi and produced by Shiva Prasad Panneeru. Anant Srikar has composed the music. The film is gearing up for release soon.