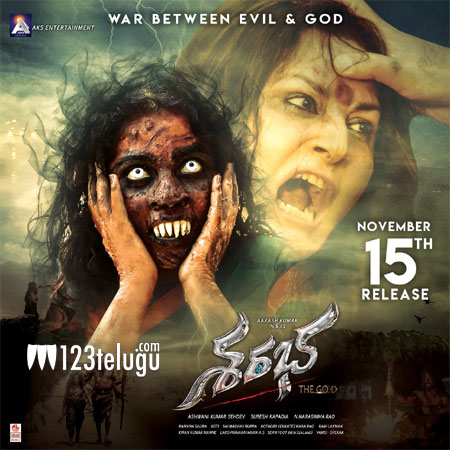 Akash Sahadev and Mishti Chakraborthy’s Sharabha created a good buzz with its first look posters. Jayaprada plays a key role in this film which is now up for a release on the 15th of November.

Director Shankar’s assistant, S Narasimha Rao is directing this film which is being made in Tamil and Telugu on a huge scale. The music of the film is composed by Koti.