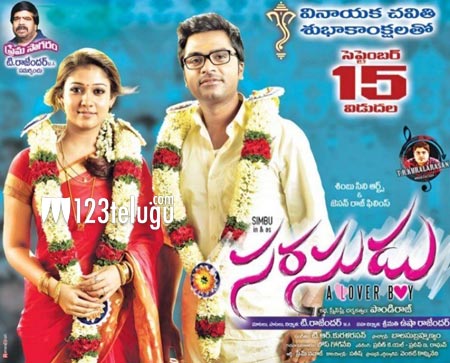 Popular Tamil hero Simbu, well-known to Telugu audiences for Manmadha and Dongaata, is awaiting the release of his 2016 Tamil hit, Idhu Namma Aalu, in Telugu. The film had Nayanthara as the female lead.
Idhu Namma Aalu is going to be released in Telugu as Sarasudu. The film was slated to hit the screens on September 8 initially. But as per the latest updates​, Sarasudu is all set for its release on September 15th. The film also stars Andrea Jeremiah, Adah Sharma and Satyam Rajesh in special cameos.