Sardaar and Katamarayudu’s producer presents a small film
Published on Jul 15, 2018 2:33 am IST 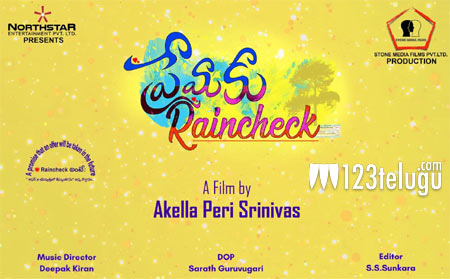 Sharrat Marar, the producer who had bankrolled Pawan Kalyan’s Sardaar Gabbar Singh and Katamarayudu, is going to present a small film made by debutants. Sharrat Marar is acting as a presenter for an upcoming romantic entertainer, interestingly titled Premaku Rain Check.

Premaku Rain Check stars newcomers Abhilash, Priya and Mounika as the main leads. Debutant Akella Peri Srinivas is directing and producing the movie under Stone Media Films banner. The film’s title logo was unveiled today. The first look poster will be out soon, and the film will hit the screens in August.