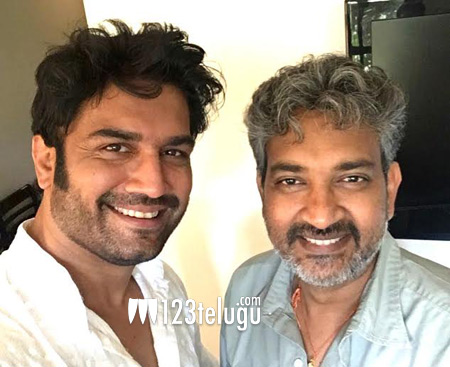 Sharad will once again be giving his voice for Prabhas in the film’s sequel, Baahubali The Conclusion. Yesterday, Sharad wrapped up the dubbing for Baahubali 2’s Hindi trailer and tweeted a picture in which he was seen with Rajamouli.

Meanwhile, the highly anticipated trailers of Baahubali The Conclusion will be unveiled on March 15th in a grand event in Mumbai.