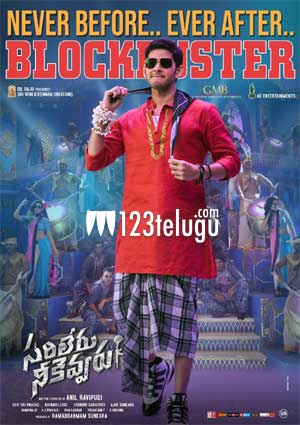 Superstar Mahesh Babu’s latest outing Sarileru Neekevvaru is running successfully in the theaters. The film is witnessing solid figures at the box office and is expected to emerge as Mahesh’s career-best film by the end of Sankranthi festival holidays.

Meanwhile, the latest news is that Sarileru has created an all-time first-week record at Sudarshan 35 MM by collecting Rs 36,88,800 in just six days. The previous best first-week record in the same theater is with 2017 released Baahubali 2 and SLN replaced it.