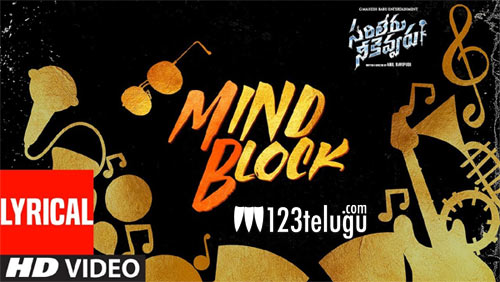 Mahesh Babu is all set with the release of his new film Sarileru Neekevvaru which will be out on the 11th of January in a solid manner all over the world.

The songs have caught on well and one mass number, Mind Block will showcase Mahesh in a lungi-clad avatar. A small video was also leaked where Mahesh is seen rehearsing for the same.

The talk now is that the hook step in this Mind Block song is going to be quite special and will become a major Tik Tok and viral attraction once the film releases.

Shekhar master has choreographed this song which was canned in a special set. Tamannah is also set to sizzle in this number. DSP scored the music.