Sarileru Neekevvaru wraps up its shoot, ready for a big release
Published on Dec 18, 2019 6:02 pm IST 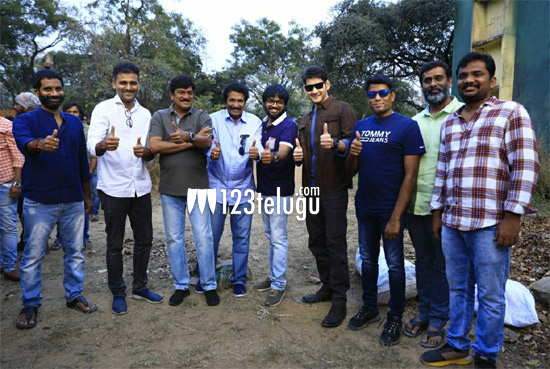 Sarileru Neekevvaru has been on with its shoot from the month of July this year. The film has now officially completed its shoot today. Anil Ravipudi is directing this big budget entertainer which has superstar Mahesh Babu as the main lead.

The post-production formalities are on in full swing and Mahesh Babu has already started dubbing for the same. Anil Sunkara is producing this film which is being presented by Mahesh and Dil Raju. DSP scores the music.

The family drama is made on a huge budget and also has an army backdrop. Rashmika plays the female lead in this film whose teaser has been well appreciated. Now, all eyes will be on the pre-release event which will be held on the 5th of January.