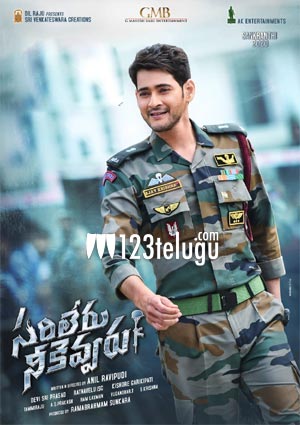 After setting the box-office on fire upon its theatrical release during the Sankranthi festival season, Superstar Mahesh Babu’s Sarileru Neekevvaru has now set a new Tollywood record with its World TV premiere. The film was premiered on Gemini TV on the Ugadi festive day.

Sarileru Neekevvaru has amassed a whopping 23.4 ratings upon its world TV premiere. The film has surpassed the previous record set by Baahubali 2 (22.7) and Baahubali (21.8). Even though this humongous rating was aided by the lockdown due to the Coronavirus outbreak, it’s still a massive feat considering the fact that the film’s digital streaming debut took place nearly a month ago on Amazon Prime.

Directed by Anil Ravipudi, Sarileru Neekevvaru had Vijayashanti and Rashmika Mandanna in key roles. The film was produced by Anil Sunkara, while Dil Raju and Mahesh Babu presented it. DSP composed the soundtrack.