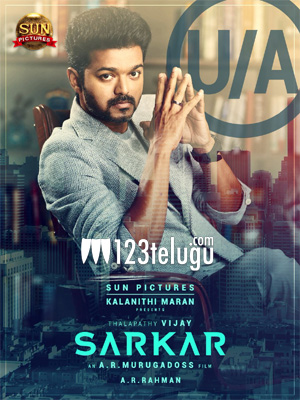 Tamil star hero, Vijay’s much-awaited Sarkar will be hitting the screens on November 6th. The film will have a simultaneous release in Telugu with the same title.

Meanwhile, the latest update is that this film has cleared its censor formalities a while ago with an U/A certificate. Touted as an intense political drama, the film has Keerthy Suresh as the female lead.

Varalaxmi Sarathkumar will be seen in a key role. AR Murugadoos has directed this film. Sun Pictures has bankrolled the project and AR Rahaman is the music composer.