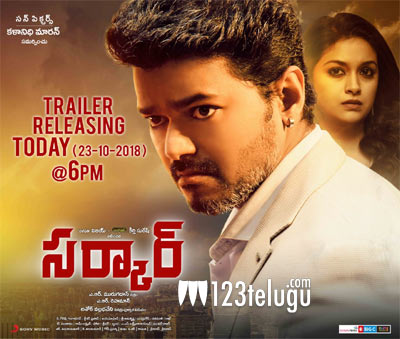 Sarkar is one Tamil film which is being eagerly awaited all over. The film stars Vijay and is being directed by Murugadoss. The teaser of the Tamil version has caught on like wildfire and the latest we hear is that the Telugu teaser will be released today evening.

Keerthy Suresh plays the female lead in this film which also has Varalakshmi Sarath Kumar in a negative role. The film is a mass political entertainer and Vijay will be seen as a corporate kingpin who takes over Tamil Nadu politics.

The film is set for a Diwali release and the Telugu version will also release on the same day.