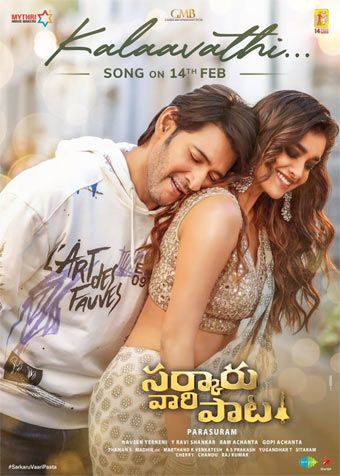 Due to unforeseen circumstances, the release of Kalaavathi song from Sarkaru Vaari Paata album has been prepared.

Incidentally, the song was leaked on social media the other day. The full lyrical video was leaked and it was shared several times on Twitter. In view of this unfortunate incident, the makers of Sarkaru Vaari Paata have decided to prepone their song’s release.

The lyrical video is set to be unveiled later today. Thaman stated the he feels gutted that the song got leaked. “Over 1000 people worked tirelessly on the audio song and the lyrical video, but someone leaked it on the internet and tarnished all our hard work,” Thaman said on an emotional note.

Sarkaru Vaari Paata is up for theatrical release on the 12th of May.