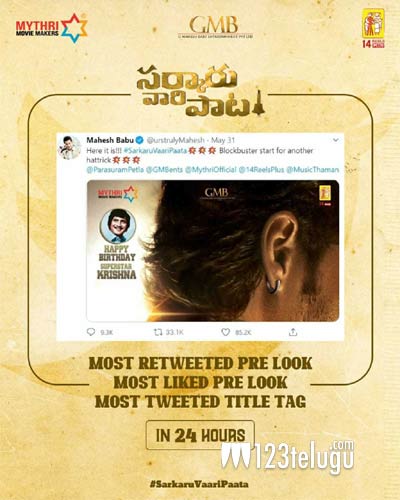 At 9:09 am yesterday, Superstar Mahesh Babu took to Twitter and revealed the title poster of his highly-anticipated 27th film, Sarkaru Vaari Paata. The title and Mahesh’s striking new look and the overall poster received a thumping response from fans.

To be directed by Parasuram, Sarkaru Vaari Paata will be produced by Mythri Movie Makers. Mahesh Babu’s GMB Entertainments and 14 Reels Plus banners will be presenting the movie.