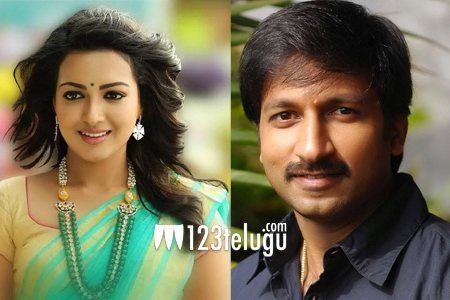 We have recently reported that actor Gopichand will soon be teaming up with Sampath Nandi, the director of Racha and Bengal Tiger, for a high budget action entertainer. The film will be produced by senior filmmakers Bhagawan and J Pullarao.

Now, the latest reports reveal that Malayali actress Catherine Tresa of Sarrainodu fame has been approached for the heroine’s role. However, the actress is yet to give her nod to the makers as she is busy shooting for two Tamil films.

Currently, Catherine is sorting out her dates and an official announcement regarding the film and its heroine may be expected soon.