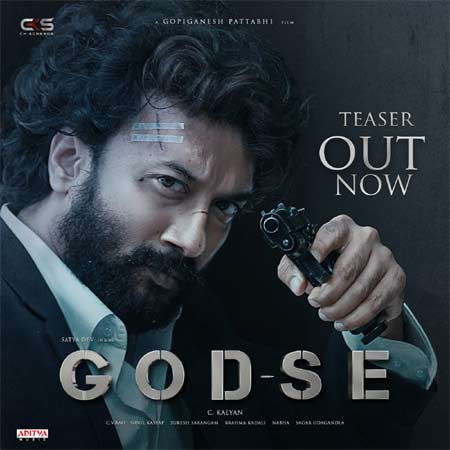 Tollywood actor, Megastar Chiranjeevi, has released the teaser of Godse featuring Satya Dev in the title role. The teaser of this action thriller is so impressive and engaging.

Satya Dev looks aggressive and he appears in a crucial role who points out politicians for not fulfilling the promises they made during the elections, especially about jobs.

Actress Aishwarya Lekshmi is an investigating officer who tries to stop the deeds of Godse.

Bankrolled by C. Kalyan and directed by Gopi Ganesh Pattabhi, the film is set to release on January 26, 2022.