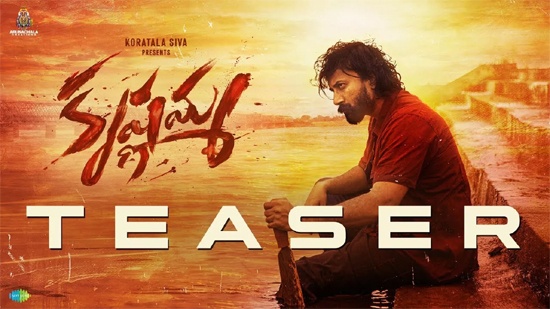 Promising actor Satya Dev was last seen in Godse, which failed to impress audiences. So, the actor has changed his path and selected an out-and-out serious action drama called Krishnamma.

Today, the makers have released the teaser of the movie. The Krishnamma’s teaser looks good and actor Satya Dev looks intense in a mass avatar. It looks like Satya faces trouble that changes his life. Though the teaser reveals not much info, it promises an intense action thriller.

Presented by the director Koratala Siva and produced by Krishna Kommalapati, the flick is written and directed by Gopala Krishna. Kaala Bhairava provided the soundtracks for this film which is due for release.