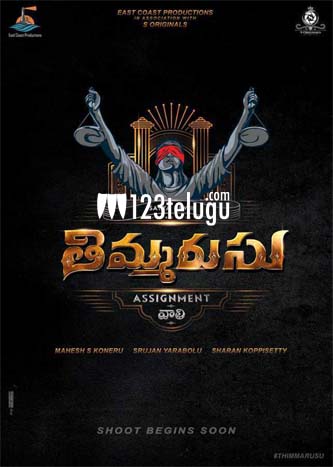 Talented actor Satyadev won accolades for his recently released rural drama, Uma Maheswara Ugraroopasya. He went on to sign a new film, Gurthunda Seethakalam, in which he co-stars Tamannaah.

Now, Satyadev has signed an interesting concept film, titled Thimmarasu, with the caption ‘Assignment Vali’. The film will be directed by Sharan Koppisetty and it’s being jointly produced by Mahesh Koneru and Srujan Yarabolu. The shooting will commence soon and the cast and crew details will be out in the coming days.