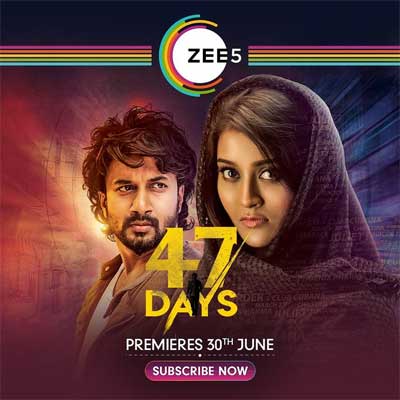 123telugu had already reported that We had earlier reported that Satyadev’s Umamaheswara Ugraroopasya will be releasing on Netflix.

Apart from this, the update was that his yet another movie, an intense thriller titled 47 Days, will be released directly on the Zee5 app.

The latest we hear is that the film will release on the 30th of June. The film is a suspense thriller and has been directed by Pradeep Maddali. We need to see how this film turns out to be.