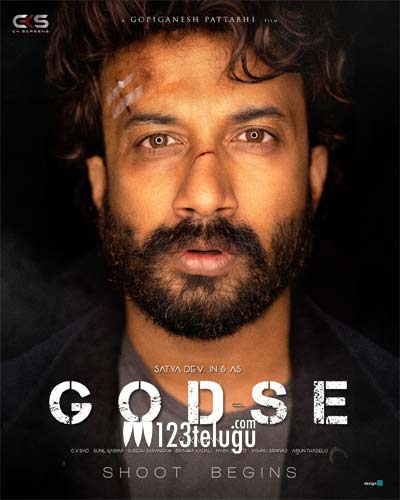 It is a known fact Satyadev’s new film has been titled GODSE and the young hero will be teaming up with director Gopi Ganesh Pattabhi.

The latest update is that the film has gone on floors today. Successful producer C Kalyan will be bankrolling the project under the CK Screens banner. Aishwarya Lakshmi is the heroine of this film. Sunil Kashyap scores music.

Satya Dev plays an authoritative role and the update is that this film is based on the education backdrop and is based on some real-life events. Besides directing the film, Gopi Ganesh Pattabhi has also penned the story, screenplay, and dialogues.