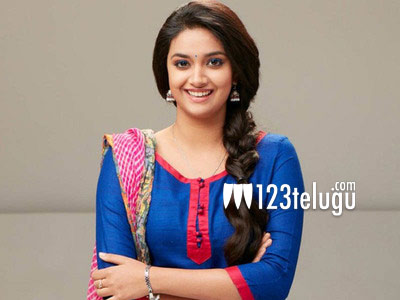 We all know that young starlet, Keerthy Suresh is playing the role of Savitri in the biopic Mahanati. The film is halfway through and the latest we hear is that Keerthy is finding it quite tough to portray her role in the film.

Speaking about the same, Keerthy said that it is quite challenging for her to emulate the great actress and the role is both physically and mentally taking a toll on her.

Mahanati is a huge break for Keerthy and if the film clicks, she will become the next acting sensation in Tollywood. The film is directed by Nag Ashwin and will release in 2018.