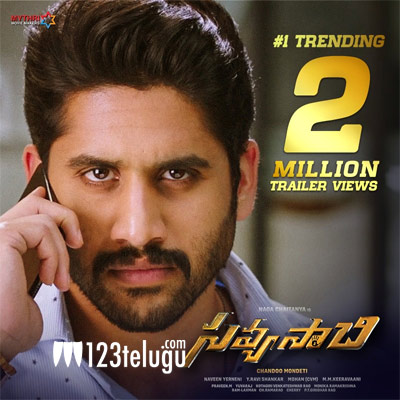 The trailer of Savyasachi was released yesterday and much to the delight of the team, the trailer was appreciated all over. Within no time, the trailer has crossed two million views online.

Chay Akkineni is seen in a full-fledged mass avatar for the very first time in this film which is being directed by Chandoo Mondeti. Mythri Movie Makers are producing this film and Keeravani scores the music.

The film is up for a release on the 2nd of November and Nidhi Aggarwal plays the female lead.