Savyasachi will not disappoint: Naga Chaitanya
Published on Oct 28, 2018 4:00 am IST 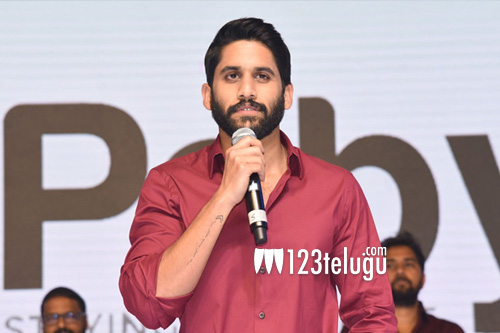 The pre-release event for Naga Chaitanya’s soon-to-release action thriller, Savyasachi, was held in style tonight. Speaking at the event, Chay exuded complete confidence in the film and said that Savyasachi will not disappoint.

Chay started off his speech by remembering senior producer and his father’s close friend D Siva Prasad Reddy, who passed away today morning. Chay thanked the entire cast and crew and fans for supporting the Akkineni family heroes since ANR’s times.

“Abhimanulake abhimanulu maa Akkineni abhimanulu,” Chay said, further adding that fans must always stand beside them as a pillar of strength irrespective of hits or flops.

Nidhhi Agerwal is the leading lady in Savyasachi. The film is gearing up for release on November 2. Mythri Movie Makers banner has bankrolled the film and Chandoo Mondeti has directed it.