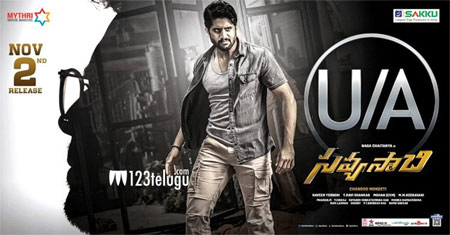 Akkineni Naga Chaitanya’s upcoming film, Savyasachi, is gearing up for a November 2nd release. Meanwhile, the latest we hear is that this film has wrapped up its censor formalities a while ago and was given a U/A certificate.

Touted as an intelligent thriller, the film promises an intense mind game between Naga Chaitanya and Madhavan. Bollywood starlet Niddhi Agerwal is the female lead. Bhumika Chawla will be seen in a key role.

Chandoo Mondeti has directed this film, watch is produced under Mythri Movie Makers banner. MM Keeravani is the music composer.