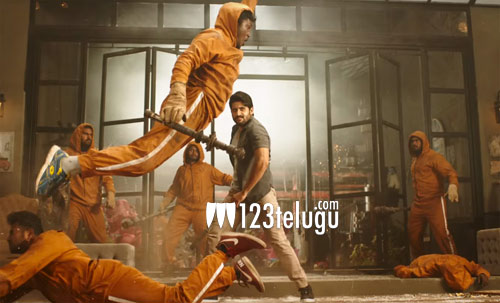 And finally, the highly anticipated teaser for Naga Chaitanya’s Savyasachi is out this morning and it has caught everyone’s attention instantly. Talented filmmaker Chandoo Mondeti has come up with yet another intriguing teaser that offers a few glimpses of Chay’s unique character in the film.

In Savyasachi, Chay plays an ambidextrous person who unleashes equal power with both his hands. The teaser showcases a strong emotional content and thrilling action moments that the film is going to offer. Madhavan’s shot in the end adds the suspense factor.

Savyasachi has Bollywood starlet Nidhhi Agerwal as the leading lady. Madhavan plays the main antagonist, while former heroine Bhumika essays a crucial role in the movie. MM Keeravani is the music composer and Mythri Movie Makers banner has bankrolled the project.