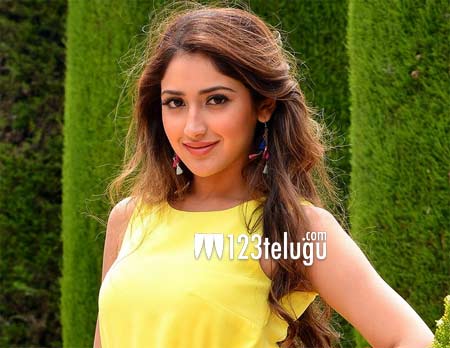 Sayyeshaa, who was recently seen in Chinna Babu, is going places in Tamil cinema. The actress is awaiting the release of two of her upcoming films where she’s paired opposite Vijay Sethupathi and Arya, and currently, she’s part of Suriya-KV Anand’s film.

Meanwhile, the latest news is that she’s going to be part of an ambitious animated film titled Kizhakku Africa VilRaju. Directed by Arul Moorthy, the film has Tamil film icons MGR and Jayalalitha in animated avatars, and Sayyeshaa too has been listed in the cast in a recently revealed look & feel teaser of the film. It’ll be interesting to see what role the young actress has played in this animated film.

The film has been produced by Prabhudeva & Dr Ishari K Ganesh, and Imman has scored the music.