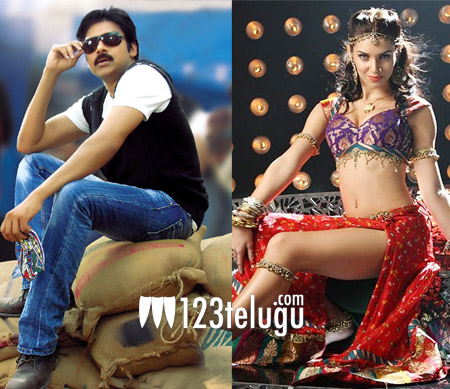 Scarlett Wilson is on a roll these days. The British born actress and dancer recently made her debut in an item number in Debakar Banerjee’s Shanghai. Soon after her stills were released on the internet, several producers began approaching her for item numbers in Telugu films and she’ll soon be seen in Ram Charan’s Yevadu. Before the film hits the screens, we hear that Puri Jagannadh has roped her in for an item number in his upcoming film Cameraman Ganga Tho Rambabu. The item number on Pawan Kalyan and Scarlett is currently being shot in Hyderabad. Since the buzz surrounding this film is massive, Scarlett Wilson will definitely be the cynosure of all eyes when it releases on October 18, thanks to Pawan Kalyan’s immense popularity. Tamannaah is playing the lead role and Gabriela Bertante will also be seen in an important role. Mani Sharma is composing the music. DVV Danayya is producing it.