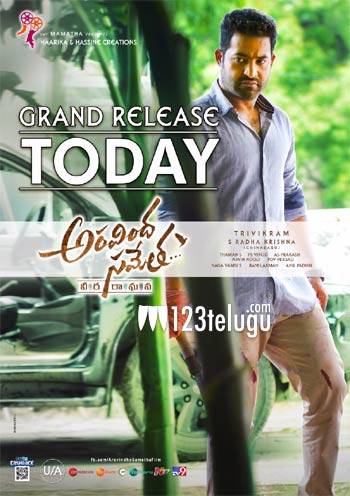 Aravinda Sametha has released to some very good response all over the Telugu states and overseas. Trivikram has narrated many scenes which are clap worthy. Here are some of them which stand as the highlight of the film.

The film starts off with a massive fight sequence which Ram Lakshman have executed it in a top-notch manner. NTR showcases his six-pack look and the fans will definitely go crazy seeing NTR’s chiseled body on screen.

Then, there is a scene where NTR gives a stylish warning to Brahmaji and his group over the phone. This clearly showcases Trivkram’s creativity and looks quite exciting on screen.

A scene where NTR and Naveen Chandra confront each other during the second half is also a thumping episode. The way NTR showcases his settled acting gives the necessary push to the film’s proceedings.

These are only some of the scenes which elevate the film to the next level. For the rest, go watch the film on the big screen